If you are new to Dongdaewon, or new to the blog, there is a lot of great information, video and pictures that you can check out.  Some good places to start are:

Common Questions and Concerns About Dongdaewon (eg. we don't want to support the North Korean government with money). 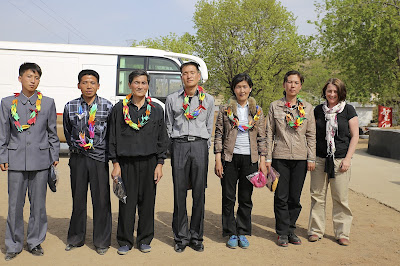 A Collection of Our Hearts To Serve Videos ...

Dongdaewon 2016 from Sarah Carpenter on Vimeo.

Dongdaewon 2015 from Sarah Carpenter on Vimeo.
Fundraising Video from 2013 Hearts to Serve Assembly

Video from 2012's Hearts to Serve and a message for you from one of our patients.

Thoughts and reflections from Ms Bigwood's trip to North Korea with Eugene Bell in Spring, 2015 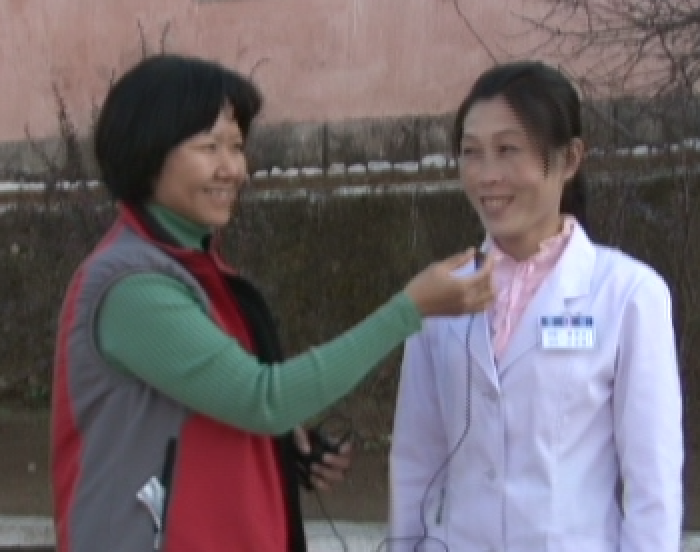 The story of H.S. - how one small seed sown has changed not one life, but is continuing to change multiple lives. 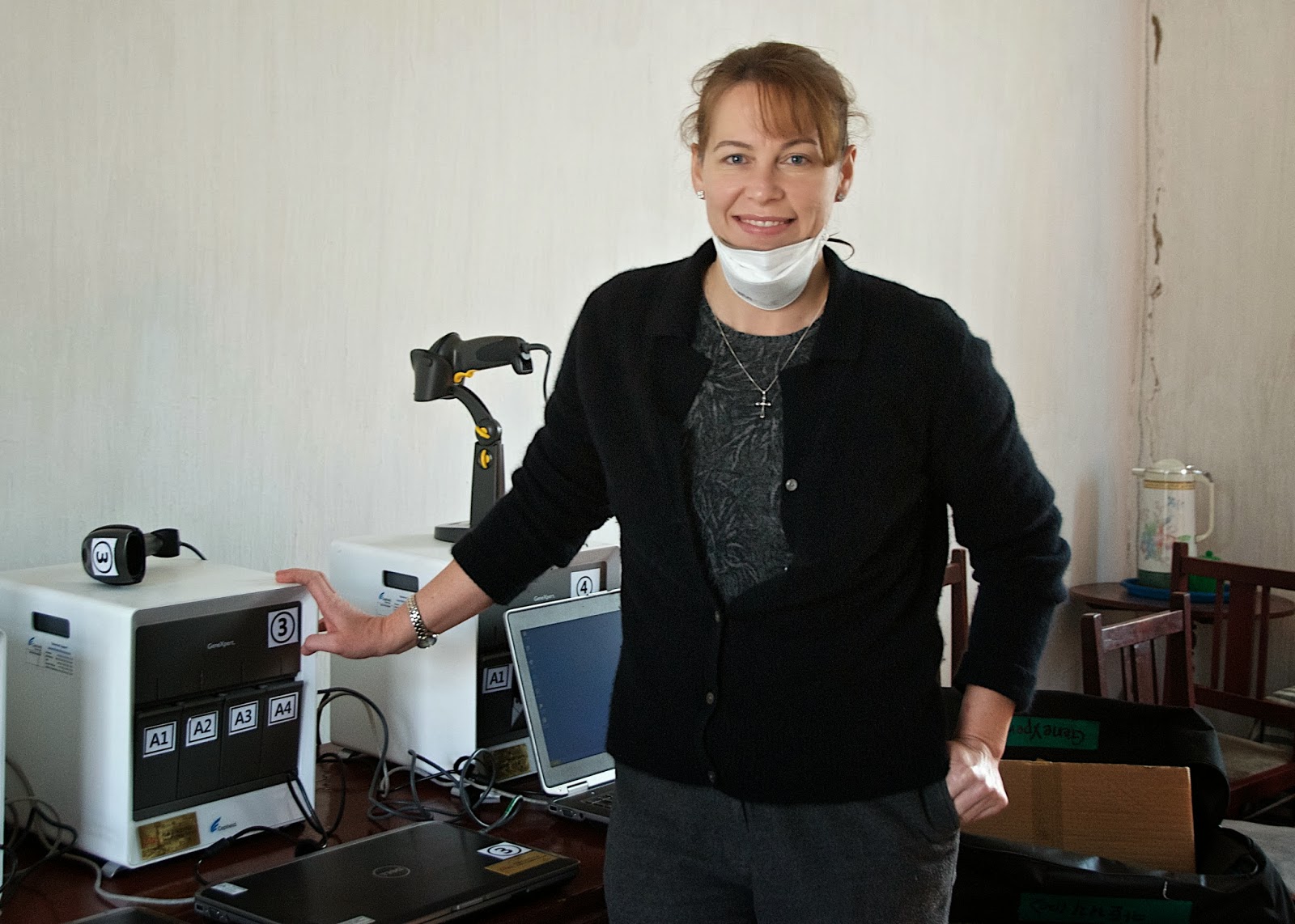 Thoughts and reflections from Ms James Trip to North Korea with Eugene Bell in April 2013. 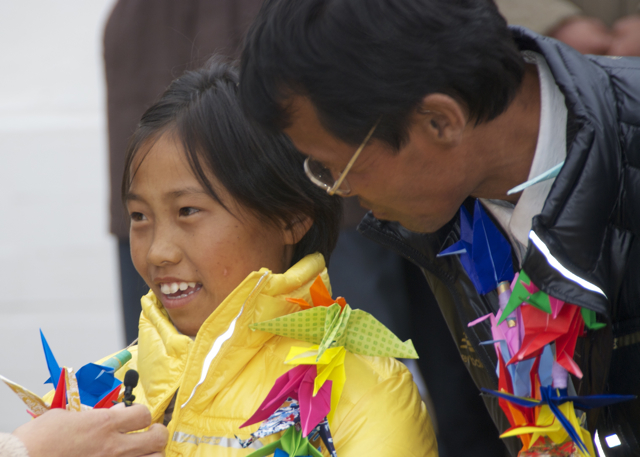 A family tale.  Sadly, TB does not just impact on individuals.  Left untreated, it can affect entire families.  Read the story of one such family. 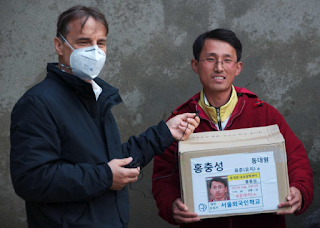 Pictures and impressions from Ms Horne's Trip in October 2012 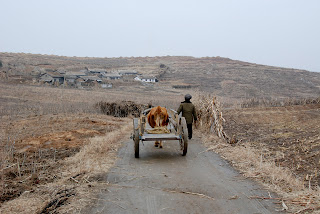 Pictures and impressions from NK on Ms Carpenter's first trip. 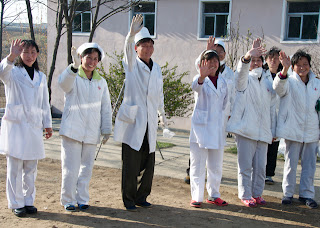 A visit to Dongdaewon ... How the $$$ raised has been used(Pics and text) 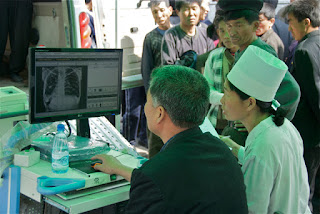 How The Dongdaewon work has changed 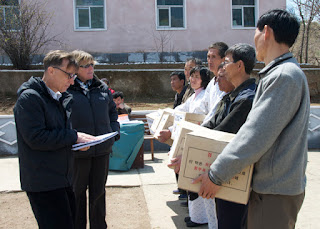 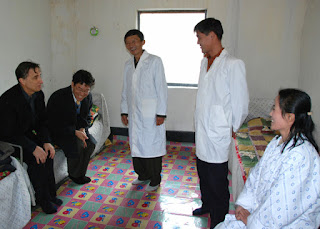 
(LOTS of pics with a bit of explanation)


Finally … be sure to check back here often over the next few weeks, as we will be updating information regularly.  Look out for for coming events and more patient updates!
Posted by Sassiekiwi at 6:07 PM No comments:

What About Those UN Sanctions?

“Where you live, should not determine whether you live ...”
(Bono)

In response to concerns about the UN’s new sanctions, we would like to state the following about our partnership with the work of the Eugene Bell Foundation (EBF) in North Korea.  (UN resolution statements are in italics and sourced from Reuters).

North Korea has TB rates that are four times higher than South Korea and China (Choe, 2014) and a growing problem with multiple drug resistance tuberculosis (MDR-TB).  Since the mid 1990s, EBF have been able to put politics to the side and find a way to work with North Korea to effectively address TB.  Around 2009, the World Health Organization (WHO) stepped in to pick up the first line TB treatment.  EBF shifted their focus to MDR-TB patients - a strain that is difficult and expensive to treat.  They currently report a more than 70% success rate.  Having witnessed the program first hand, they do an exceptional job and we are proud to have SFS partner with them in this work.

“All cargo going to and from North Korea must now be inspected …”
This has been the case for some time and is the case with EBF’s shipments as well.  They are open and transparent, and work with the cooperation and approval of the South Korean Government.  Medicine goes out, sputum samples come back to South Korea for testing.  This could not happen without government consent.  Indeed several years ago when there was a ban on all aid to NK, EBF were one of two organizations granted permission to continue their work.  It is essential work.

The resolution stresses that the new measures are not intended to have "adverse humanitarian consequences" for civilians, the majority of whom face economic hardships and food shortages.
Eugene Bell will continue their work.  To stop it would seriously impact impoverished people and create a bigger problem of XDR than already exists, for which there is no cure.  Ceasing support of medicine for our TB patients at Dongdaewon would directly counter the intent of the UN resolution, as it would have adverse humanitarian consequences for civilians.  Currently the UN is spending a little over 100 million annually on humanitarian aid (South Korean UN Ambassador Oh Joon), including releasing an additional 8 million just last month (UNOCHA, 2016) - and they cannot monitor all of that, unlike EBF foundation who monitors every single bit of their aid.  They are proven to be reliable, transparent and responsible with the aid they provide.

The UN Security Council's list of explicitly banned luxury goods has been expanded to include luxury watches, aquatic recreational vehicles, snowmobiles worth more than $2,000, lead crystal items and recreational sports equipment.
Medicine is not a luxury good.  It is a basic human right and simply not available at all in North Korea.  The WHO provides all the first line TB treatment,  but they cannot deal with the MDR patients, as they do not have resources to cover both.  Eugene Bell is hitting an area that was not being reached.  They actually led the way in developing a support system for MDR patients.  They work closely with Dr KJ Seung, who is a recognized expert in this field and a member of the World Health Organization’s Global Drug Resistance TB initiative.

In detail, the new sanctions are:


As stated already, medicine does not fall into this area.  As a fundraising team, we regularly have to answer questions/misperceptions about aid to North Korean patients.  If you have concerns or queries about the program and what we do, we would love to discuss with you as we know first hand how the program works and have worked through many of these concerns multiple times over the years.

Eugene Bell Foundation (2015) Our work and outcomes.  Retrieved from: http://www.eugene-bell.org/our-work/outcomes/

United Nations Office For The Coordination Of Humanitarian Affairs, (2016). UN emergency fund releases US$8 million to assist most vulnerable women and children in DPRK.  Retrieved from http://reliefweb.int/sites/reliefweb.int/files/resources/Press%20Release_DPRK%20CERF%20UFE%202016_02%20Feb%202016%20(FINAL).pdf

Posted by Sassiekiwi at 5:35 PM No comments:

Put a team together, come out for a night of fun and test your knowledge!

Paul and Ruth Sanderson are hosting an SFS community quiz night to fund raise for our Dongdaewon patient medicine.

Get your team and sign up here.  (adults only please!) 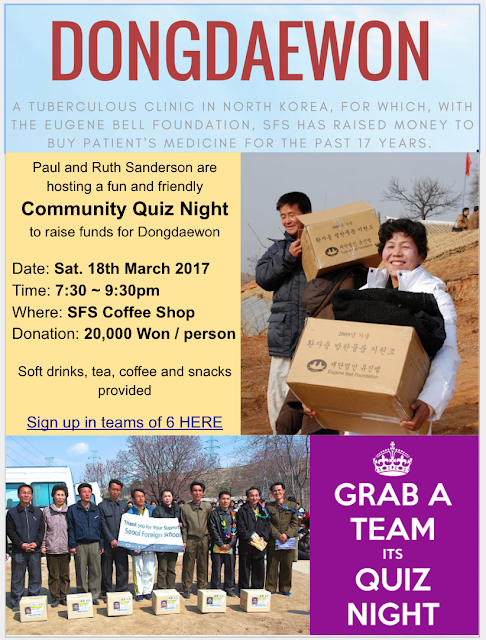 Posted by Sassiekiwi at 5:07 PM No comments: 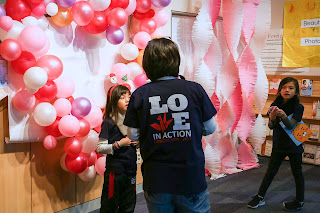 If you walked into the elementary school last week you may have thought you walked into a fairground!  Students from across ES were involved in selling, buying, fun activities, eating tasty food and just having a fabulous time.  The energy was high and the enthusiasm was contagious.

Originally the brainchild of the British School, the Dongdaewon fairs (hosted by BS and ES) have become some of our most successful fundraisers.  At the end of this year's ES fair, over 9 million won was raised for medicine for patients.  An amazing effort!  Well done ES!  The British School Fair is coming up this Thursday (9th of March). 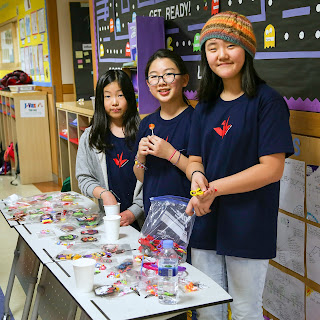 Posted by Sassiekiwi at 4:47 PM No comments: 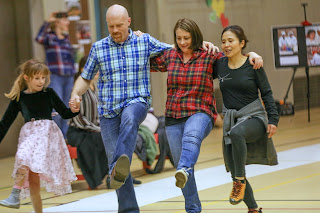 We had our first Dongdaewon TB Two Step on Saturday night.  Young and old(er) turned up to dance the night away.  Fun was had by all and we raised close to a million won.  Check out some of the action below! 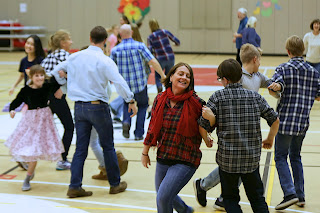 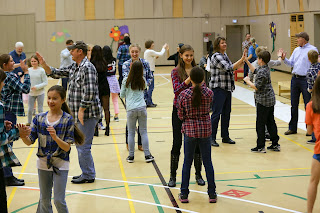 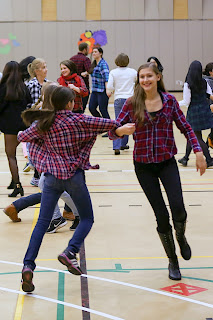 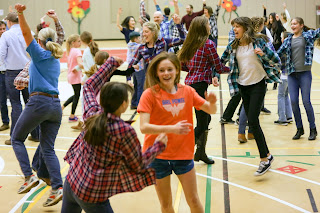 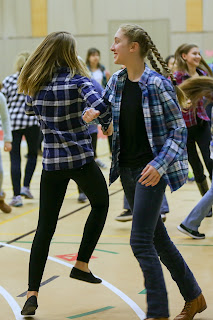 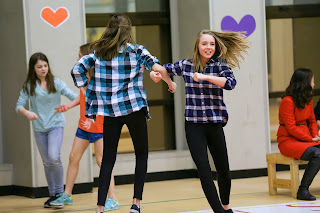 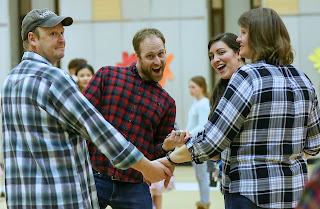 Posted by Sassiekiwi at 4:37 PM No comments: 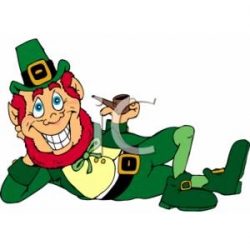 What is a Sham O’ Gram?  An Irish message of luck and love! The Sham O’ Gram includes a delicious chocolate treat and a personalized message from YOU!

Why should I send one?  To spread ‘Luck O’ the Irish’ and raise money to buy medicine to save the lives of patients in the SFS sponsored TB Care Center in Dongdaewon, North Korea.

How do I order?
Please use the green coupons (brought home by BS, ES, MS, NIK and DCC students; available from homeroom teachers in the HS).


Please Note:
Due to the anti-graft policy, SFS staff/faculty are not allowed to receive gifts.  However, parents or students may like to donate to Dongdaewon to honor a teacher or other member of staff, and still send the green Sham O'Gram coupon as a note of appreciation.

NB:  You can get extra coupons from your child's class teacher or the sectional secretaries, so please do not make your own.